If you haven’t already done so, it is of the utmost importance that you check out The Kooples videos on YouTube. Kooples is a flawless French brand that specializes in elegant, cleanly cut, classic pieces, always with a trendy twist. If it were up to me, I’d own the entirety of the brand, but the high-end price tag keeps me at bay. These videos, however, are a bit of a portal – I’m able to experience the luxury of the brand, without compromising my spending money.

The video series – currently 25 in all – focuses on the look and dynamic of chic, real life couples. Whenever I feel as though all hope is lost and I’ll forever be stuck in a world with immature teenage boys and douchebag fraternity types, I look at these videos and thank god that a few classy men still exist.

This last one is probably my favourite. Devendra Banhart and Ana Kras have the most beautiful, whirlwind relationship ever – their story has been floating around Tumblr for a while – and it will never cease to revive the very small gushy, romantic part of me. Read more about it here.

The great thing about today’s technology is the capability for creativity that it holds. Despite the enormous amount of procrastination that ensues because of them, we love using social media websites like Tumblr, Pinterest, and Twitter to discover, curate, and share things we find beautiful, interesting, or inspiring. To share with you our passion of electronic curation, each of us has made a mood board for the month to share our current inspirations. 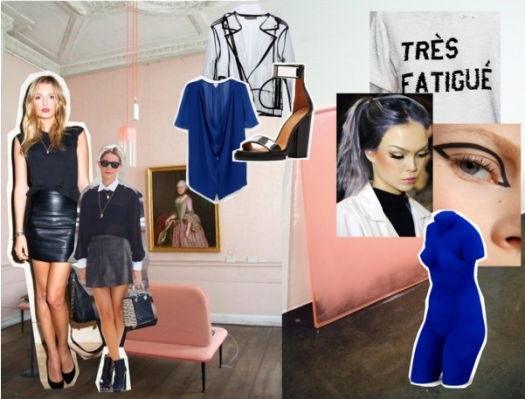 For more, please feel free to check out our personal social media pages, linked below:

Molly’s Tumblr – Dedicated to the inspiring, primarily art pieces with a healthy dose of interior design, and men and women’s fashion.

Also, our homecoming dance was last night – enjoy this picture of us with our BFF Giacomo.

As I’m certain I’ve mentioned before, colour is not my friend. I prefer to let the architecture of an outfit shine through, rather than a bold hue. This being said, regardless of the season, I am obsessed with small accents of neon shades. 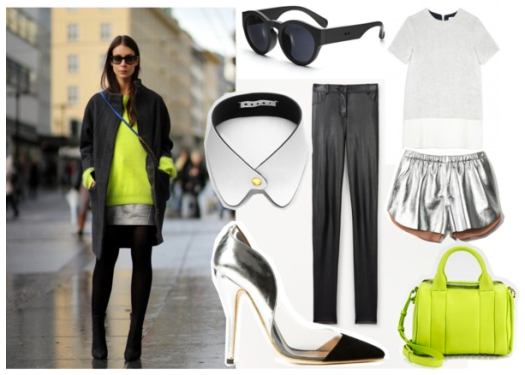 The trend also works amazingly well with cosmetics, as adding a bright pop of colour on the lips, eyes, or nails can add a bold yet sophisticated edge when paired with a more demure outfit.

Lastly, I’ve recently become very attracted to art pieces and artists who feature neon elements in their work. Examples include Maya Hayuk, who turned Wayne Coyne’s OKC Art Gallery ‘The Womb’ into a psychedelic playhouse, Jennis Li Cheng Tien, who’s dreamy portraits never cease to amaze me, and Johnathan Monk, one of many artists to explore the use of neon light.

1. Get out of London – Intaferon

Molly and I spent yesterday at Atlanta’s High Museum, and the recently opened Museum of Design Atlanta. The special exhibition was a bit disappointing (noisy and crowded are words that should never be associated with an art gallery), but we both really enjoyed the Contemporary floor. Here’s a few pictures of what we saw: 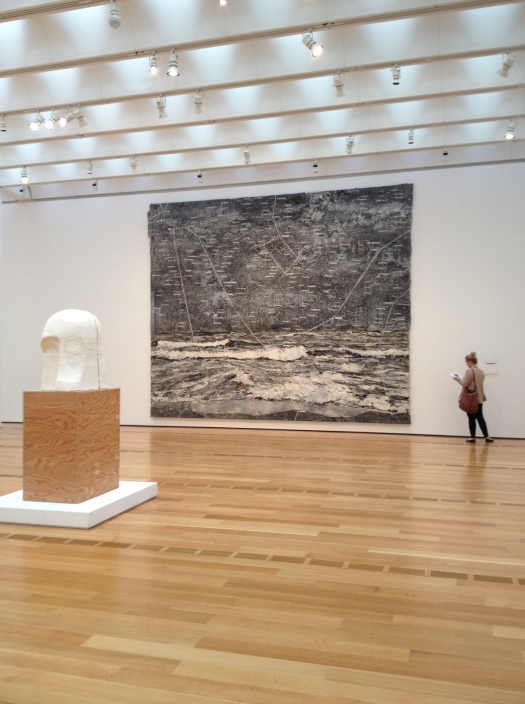 I constantly get asked by friends for movie recommendations, and I’m not sure whether it’s the pressure or the time constriction, I can never seem to come up with anything new/worthwhile on the spot. Seeing as I have the world’s worst Netflix addiction, I’m constantly scouring movies new and old, and by now I actually feel as though I’ve got a pretty good handle on what’s worth watching. So, here are 5 movies you may not have seen, that I definitely recommend you watch.

If you are unaware of the hype surrounding Lena Dunham, you clearly have not opened a magazine/turned on a television for most of 2012. The ballsy writer/director/producer/actress is the genius behind the HBO hit, Girls, but before all the attention she wrote, directed and starred in this thoughtful indie comedy. Much like Girls, it explores the life of a post-graduate, revolving around the confusion and lack of direction felt by most. If you like Girls, you’ll definitely love Tiny Furniture, and I highly recommend you check it out.

If you haven’t seen Drive yet, YOU NEED TO DO SO! The film perfectly combines action and emotion, and Ryan Gosling is incredible (and beautiful) as always. This movie keeps you constantly at the edge of your seat, partially for the sick driving, and partially for the development of the relationship between Gosling’s character, and female lead Carey Mulligan’s character. Once again, the cinematography is amazing, and the car stunt scenes have all been done incredibly well. 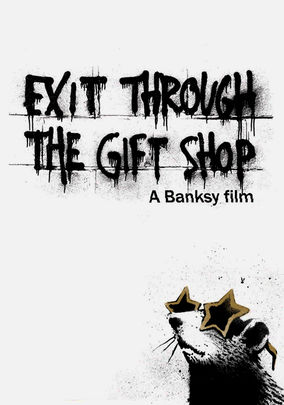 4. Exit Through The Gift Shop

Last year, I had the most intense fascination and appreciation for the world of street art, so this film instantly became a favourite of mine. The documentary follows prominent street artists – primarily Thierry Guetta – on their rise to prominence, intentions, aesthetics, and tactics. Of all the street art and graffiti documentaries I’ve seen (and I’ve seen many), Exit is the most well done and thoughtfully produced. The film uses first-hand footage and experience rather than over-produced research, which gives it a raw quality and a unique edge. Seeing as it was produced by Banksy, the movie has an extreme artistic quality, and is a must-see for anyone interested in the art world.

Cruel Intentions was the first R rated movie I’d ever seen, and thus it holds a particularly warm place in my heart. Imagine Gossip Girl circa 1999 – full of sexual exploits and deceptions within the High School setting. There’s something so inexplicably dark and sexy about this movie, I can’t help but be obsessed with it. The cast is incredible, as it stars young Reese Witherspoon, Sarah Michelle Gellar, Ryan Phillippe, and Selma Blair (who all do an amazing job). If you’re into a dramatic teen movie without all the bullshit and fluff of today, I highly recommend Cruel Intentions.

So, this concludes my Top 5 Movies to Watch! Honourable mentions include Trainspotting, Heathers and Like Crazy – all of which can be found on Netflix.

As Molly mentioned in her last post (Androgynous Ensemble), we’ve got homecoming coming up this month. I’m really not a ‘school dance’ type person, but I love dressing up and I’ll take literally any opportunity to do so. I’ve been thinking a lot about how I can ‘wow’ people this year, but when it comes down to it, picking the perfect formal dress is really about sticking to what you love, and what you feel comfortable in. For me, that’s something black and minimalistic with intriguing details.

Unfortunately for me, the designers who best pull off this ultramodern design are QUITE out of my price range (think Haider Ackermann, Calvin Klein, Sophie Theallet, Alexander Wang, etc.). I find that oftentimes, more affordable brands think that the priority is to make clothes that are trendy and over designed, rather than focus on quality – basically why my taste is dreadfully expensive – but I have managed to find a few examples of simple dresses that fit the criteria, but still don’t break the bank.

Most of the above dresses are from Nasty Gal, which I tend to find cheap looking, but the key is to stick to black – let the design do the talking – and keep accessories minimal. In terms of shoes, I always love a good juxtaposition (I wore converse to every formal event I attended last year) but a great heel works in every situation. I find solid coloured pumps so boring considering all the great shoes out there, so try to find something with a good combination of practicality and interest.